Narelle built Peel Zoo , in Western Australia, with her bare hands. At least, she rejuvenated an abandoned bird park with her bare hands. What’s more, she did this as a single mum. It’s incredible, yet somehow not surprising, that Peel Zoo is now officially a bucket list destination in Western Australia. Any way you look at them, Narelle’s achievements are extremely impressive.

Not resting on her laurels, Narelle convinced her new husband and two children to leave their idyllic lives and head into the unknown. This time the mission involved resurrecting the abandoned Warrawong Wildlife Sanctuary… a mere 3572kilometres away.

Apparently not a daunting task.

As matriarch of the family and CEO of the company, Narelle combines her passion for Australian fauna with an unyielding will. The results speak for themselves. 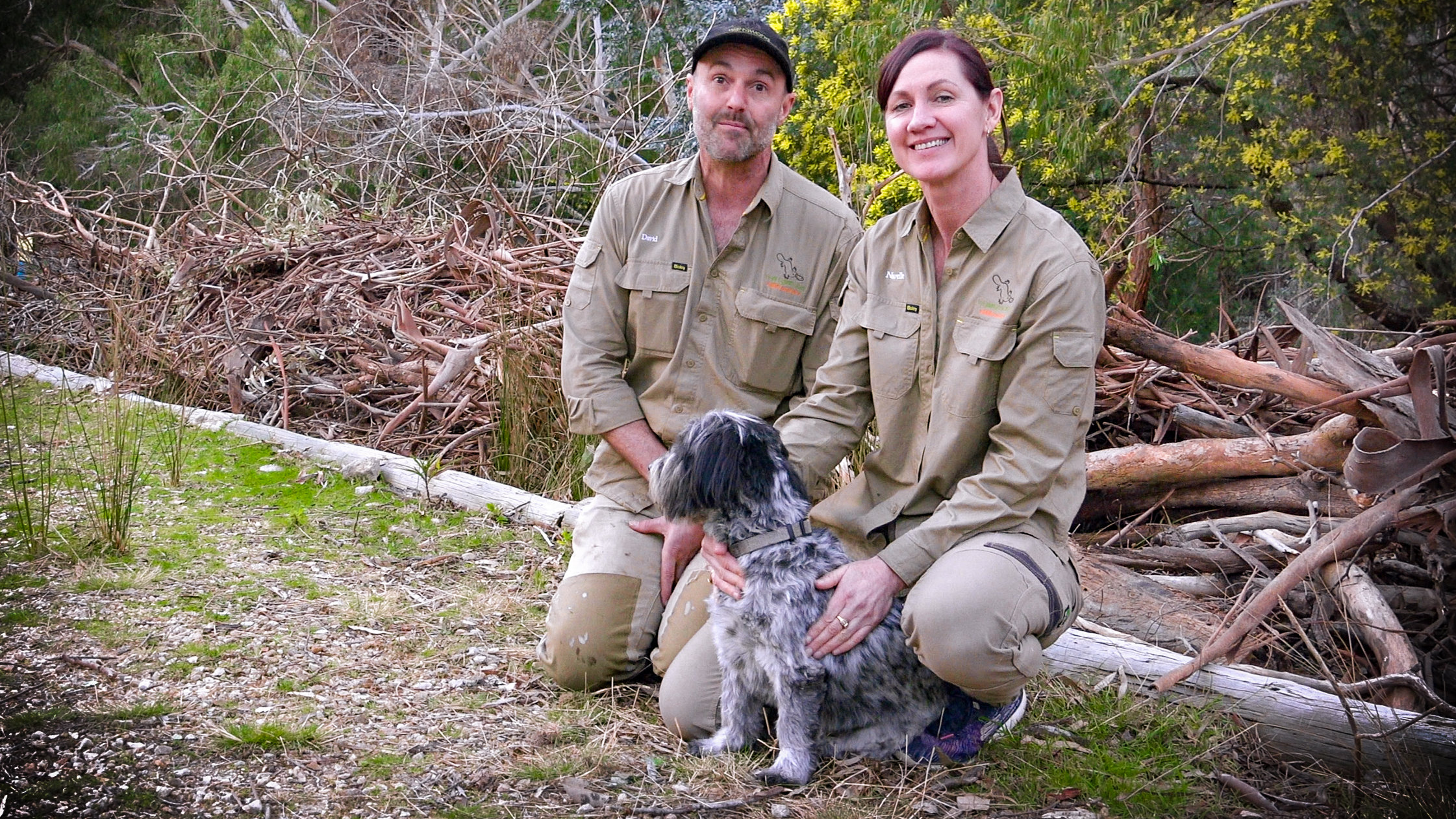 Until meeting Narelle, David was quite happy working as a self-employed consultant in corporate communications. With a background in advertising and Intellectual Property law, his practical and academic skills were highly regarded. Nevertheless, he knew there was more to life than brands and trade marks.

As the relationship with Narelle blossomed, David became more and more involved with Peel Zoo . Together he and Narelle developed the Zoo to the point where they were no longer needed. Therefore, the prospect of tackling the resurrection of Warrawong Wildlife Sanctuary was a natural progression.

David has always loved animals and challenges. In other words, his current life is truly complete.

Anne was a school teacher before working as a cinema manager for 20 years. But following her passion for nature, in 2015 Anne completed a Master of Environmental Management degree and spent 2 years as a horticulturalist in a retail nursery. These varied experiences are all useful as Anne joins the team at Warrawong after 9 months of volunteering at the Sanctuary. 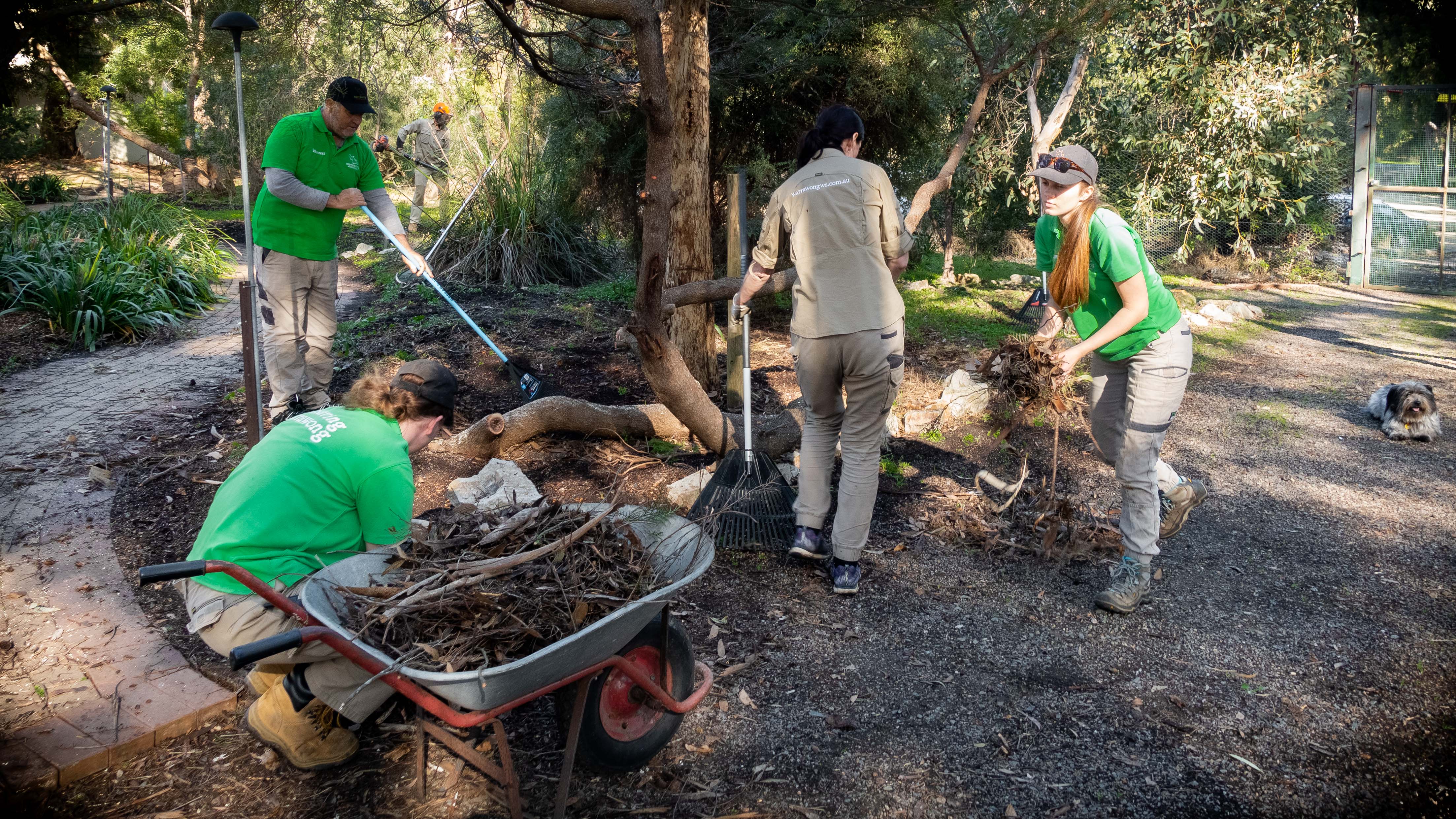 When Narelle and David officially announced their purchase of Warrawong Wildlife Sanctuary they were overwhelmed with offers of help. It’s little wonder, given the importance of the Sanctuary to the people of South Australia.

The good will was harnessed in a busy bee day, where approximately 230 people came to help. From there, a more formal volunteering program started.

Now, on a weekly basis, people from all over Adelaide and surrounds come to help resurrect Warrawong Wildlife Sanctuary. Their help is invaluable.

Narelle and David are thrilled to reward many of the young volunteers with paid casual work, most regularly in their Warrawong2U mobile education program.

Teenagers! We love watching the kids grow up. Play

Thanks to everyone who came down and supported the

You can't leave the kids alone for one minute 😅

Yes, Yes, Yes, We are open on the public holiday,

Did you know you can camp the night at the Sanctua

It's a lazy day here at the Sanctuary :) Not much

Mirror Mirror on the wall, who's the prettiest Koa

It's a wild day at Warrawong 😀

David thinks I treat Bear like a baby. What do you

Our Dingoes love their daily training. It's really

What do Cows and Kangaroos have in common? They bo

These were the days, right Byron?

Widget is smashing goals with his box training thi

Happy Mother's Day to all the furry, and not so f

It's Iike Christmas around here. It's snowing hay!

Some Koala cuteness to end your day. You're welcom

Our Barista Jason really does have a special conne

How beautiful is this pic of our KI Kangaroo with

Warrawong Bought Back the Lake
Narelle MacPherson and David Cobbold, the new owners of Warrawong Wildlife Sanctuary, are thrilled t